Dr. Kanodia -The Best Rhinoplasty Surgeon In The World

Dr. Kanodia is a leading Board Certified Surgeon specializing in Rhinoplasty and Facial Rejuvenation. He is sought out by patients around the world for Rhinoplasty and non-surgical facial rejuvenation. His artistic ability to enhance facial harmony and preserve youthful contours has earned him notable respect among his colleagues. He is trusted with many of Hollywood’s most famous faces, along with high-profile clientele from around the world, including performing artists, fashion models, politicians, executives, and Royalty.

Dubbed “the KING of the Hollywood nosejob” by ELLE Magazine, Raj Kanodia is widely acknowledged as the best rhinoplasty surgeon in the world having performed over 9,000 rhinoplasty surgeries with over 3 decades of experience. Performing exclusively closed (scarless) rhinoplasty, The doctor is able to finesse and refine the nose without changing its character.

VOGUE Magazine calls him “Doc Hollywood…the man that A-listers turn to in their search for perfection” and they are not alone. Dr. Kanodia has been featured widely across all media platforms, from TV shows like Dr. 90210 and E! News, to interviews and features in prominent news networks and fashion magazines such as ABC, FOX, Billboard, Vanity Fair, Vogue, Harper’s Bazaar, Allure, Elle, Tatler, Haute Living, Seventeen, and People.

A longstanding member of the American Academy of Facial Plastic Surgery, American College of Surgeons, and American Academy of Cosmetic Surgery, Dr. Kanodia has published numerous medical articles and is a regular lecturer at international medical conferences. Dr. Kanodia continues to mentor and teach his unique approach to “Finesse Endonasal Rhinoplasty” and facial rejuvenation to surgical residents, fellows, and colleagues across the world at his state of the art medical facility in the heart of Beverly Hills.

Blending his knowledge of Ayurvedic herbs and anti-aging compounds from his native India with advanced western dermatologic research, Dr. Kanodia has formulated the now 24-year-old exclusive natural wellness care line “Ayur-Medic.” His newest product line in the fight against aging, “Dr. Kanodia AMLA,” stems from the Indian miracle fruit Amla (Emblica Officinalis), known in Ayurveda as an “elixir of life.”

Extracts of this wonder fruit are used topically and ingested orally in Dr. Kanodia’s line, therefore creating the concept of Beauty Inside Out. This line has become an instant celebrity favorite with stars such as Britney Spears and Kim Kardashian West acclaiming the products. 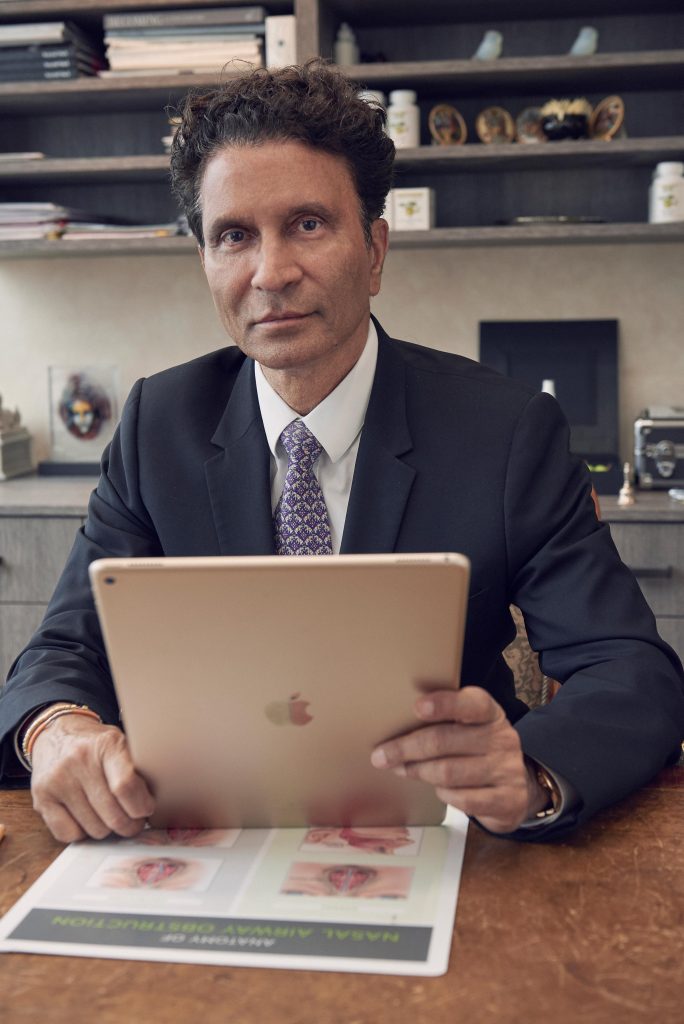